VRA Chapters Around the World

In 2012, our club was approved by the Slovak MC scene colors and we added our vests with back patches. In early 2013, we founded the civic association VULCAN RIDERS SLOVAK REPUBLIC, which officially began to write the history of our club. In 2014, with the support of our friends from VULCAN RIDERS CZECH REPUBLIC, we were admitted to the international Vulcan Riders Association (VRA), which brings together clubs from 27 countries around the world.

We are an independent brand club that is open to all owners of KAWASAKI VULCAN motorcycles.

Our goal is to bring together the owners of these amazing chopper and cruiser bikes, enable them to communicate with each other, organize meetings, provide help and advice not only on technical issues.

Since we do not have a local club and our members are stretched “from the Tatras to the Danube”, we try to plan our joint trips and activities throughout Slovakia. We like to meet motorcycle enthusiasts at various motorbikes and club events at home and abroad. 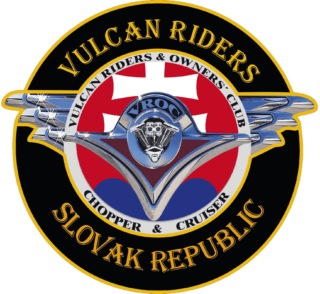